News and musings about books, authors and collectible first editions brought to you by Squid Ink Books.com 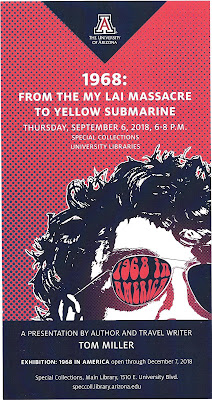 We went to a talk by local author, Tom Miller, last Thursday evening. The talk was sponsored by Special Collections of the University Libraries, and was titled: 1968: From the My Lai Massacre to Yellow Submarine, as a new exhibition was begun – 1968 in America. 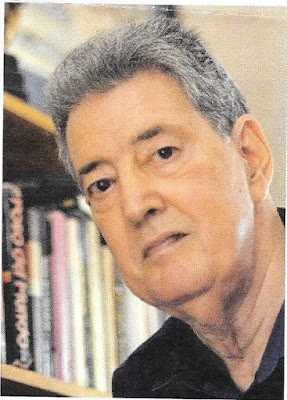 Miller is primarily a travel writer of both books and collections of essays – recent photo above and Miller circa 1980 below. 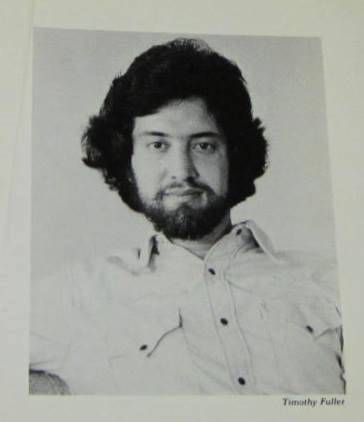 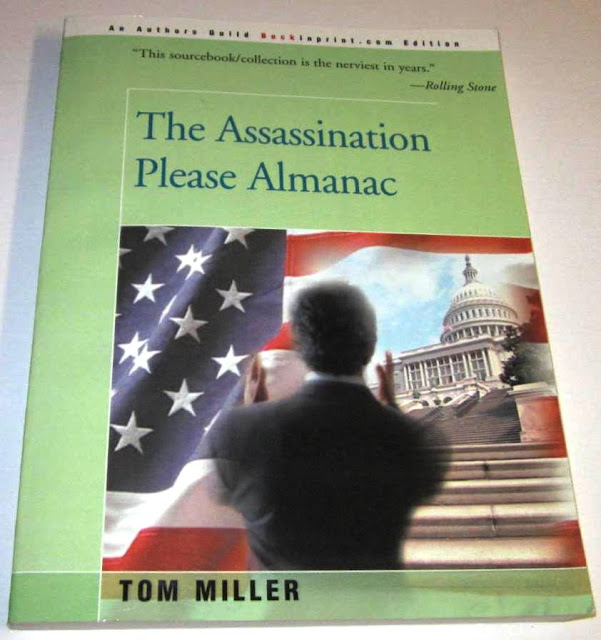 His first book – Assassination Please Almanac: Everything Anyone Could Possibly Want to Know About the JFK Assassination  – was published in wraps back in 1977 Henry Regnery Co.. The book compiles almost every detail and newspaper article that had come out to that time regarding JFK’s assassination. I enjoyed reading it very much and also learned much. The book was quickly bought up by those interested in the assassination and the many related conspiracy theories. It was re-issued in 2000 – again in wraps as pictured. 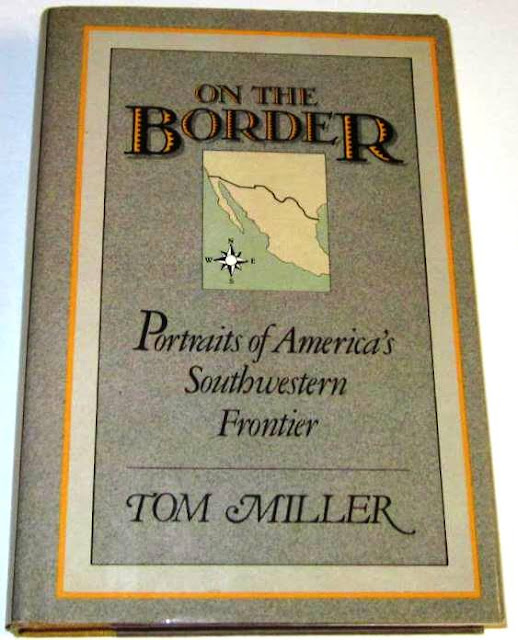 His first book of travel essays was published by Harper & Row in 1981 – On the Border: Portraits of America’s Southwestern Frontier. The book compiles essays he wrote based on his experiences along the entire US/Mexico border from Brownsville, Texas, to San Ysidro, California. 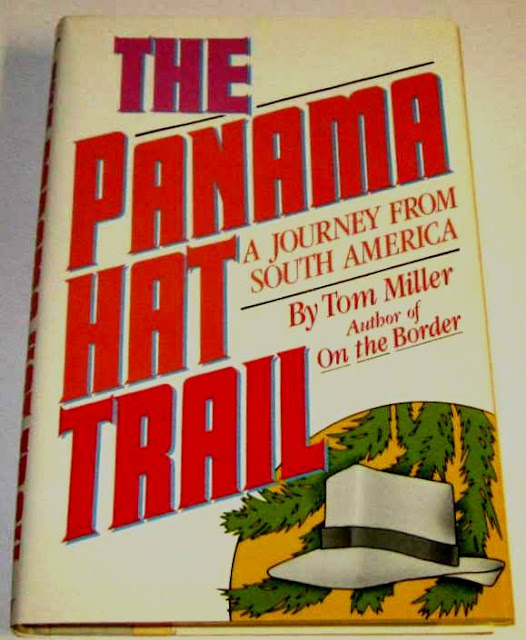 His next book (The Panama Hat Trail: A Journey From South America) was published by William Morrow in 1986. I view it as somewhat of a masterpiece, as it follows a Panama Hat from the straw fields of Ecuador (yes, “Panama” is a misnomer) at every step of the way from Ecuador to the US to merchandising to a final customer in San Diego. 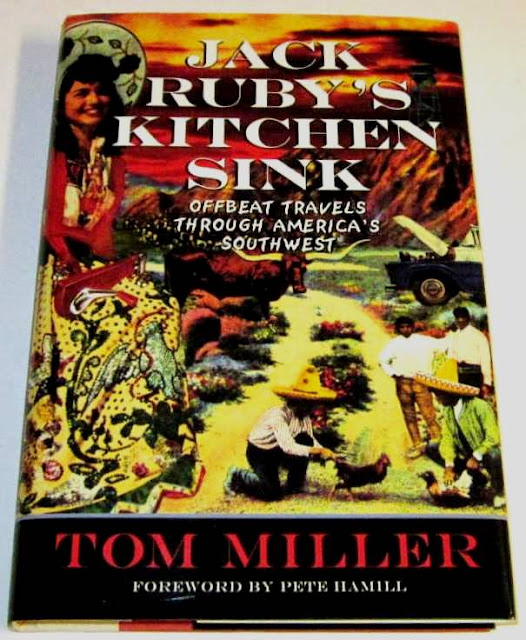 A more recent effort (Jack Ruby’s Kitchen Sink: Offbeat Travels Through America’s Southwest) contains essays ranging from a Texas auction of many of Ruby’s estate, to a shooting/target practice near Phoenix that leads to death by Saguaro. That book was published by National Geographic in 2000. Miller has several more recent books, but I have yet to read these. Below is Miller's very well-worn briefcase.

His books are not widely collected, nor high priced, although some are hard to find – but they continue to be well-worth a look and a read. 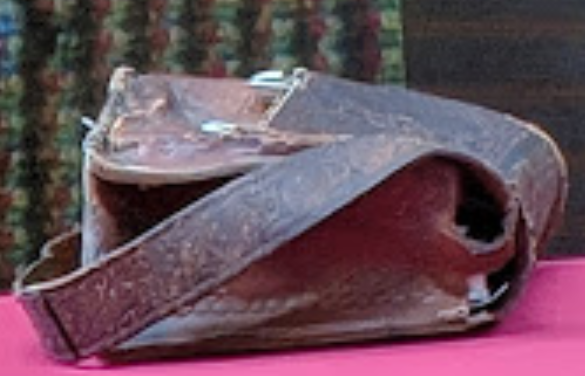 Posted by Bob Maddox at 3:20 PM No comments:

We were off on a family trip to Wisconsin, August 4 to 8, to visit family and friends. Because of a tight schedule there was no real book browsing or scouting. But I did cross paths with two unusual bookstores. 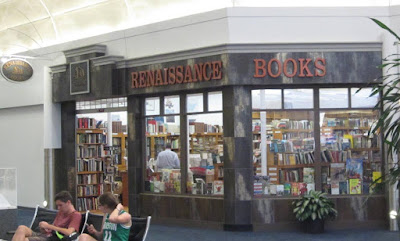 Inside the main concourse of Milwaukee's Billy Mitchell Air Field, is a bookstore - Renaissance Books. While stores selling new books are not unusual in airports, this store is quite different and sells only used books. The store was a fixture in downtown Milwaukee, until the City condemned their building. The new location in the airport opened in 1979, and some claim this was the first bookstore to be located within an airport. The store has no website for me to provide a link.

Unfortunately, the tasteful facade is the best part of the store. Its books are somewhat ratty wrt condition, and generally overpriced - most hardcovers starting at $25, regardless of title, edition, or condition. Some collectible titles are cased, but the ones I looked at were mostly later printings and priced in the hundreds of dollars. As photo below shows, excess inventory spills over to floors, as well as there being a lot of double shelving of titles.

It was an interesting store to browse around in, but there was not a single book that I considered buying. 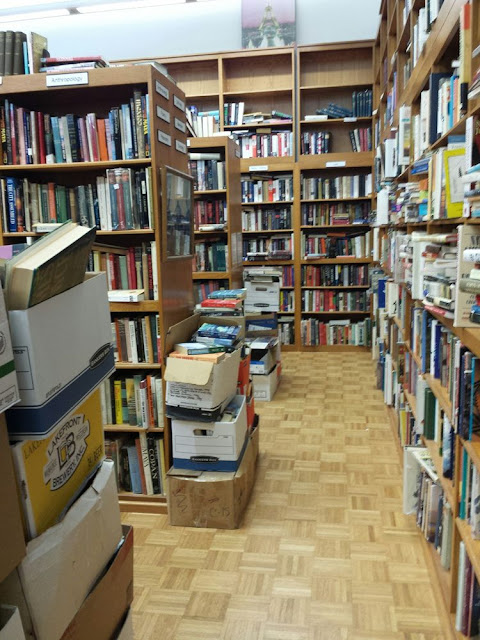 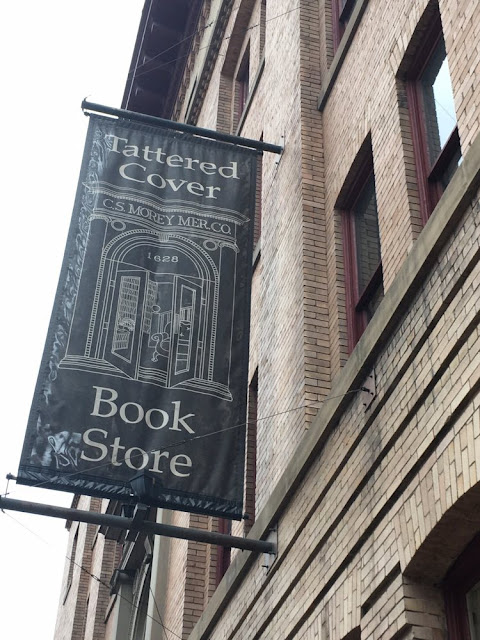 On our return flight on the 8th to Tucson, we had a plane change at Denver International Airport. Our connecting aircraft was long delayed (we didn't arrive home until 3 am on the 9th), and while wandering around the C-Concourse (Southwest), I happened on a branch location of Denver's well-known Tattered Cover Book Store. This store has been in business in downtown Denver since 1971. While it sells mostly new titles, its multi-storied building is well worth the visit. There are many, many signed 1st editions available, and I think there may be a few used books tucked in among the new titles.

The store now has multiple locations in Denver, but the one in the airport is not yet listed, so it may be a new venture. The airport store was secured by a metal, drop-down barrier, so no photos of that branch. Photos here are of the original downtown location. Check out the Tattered Page at: 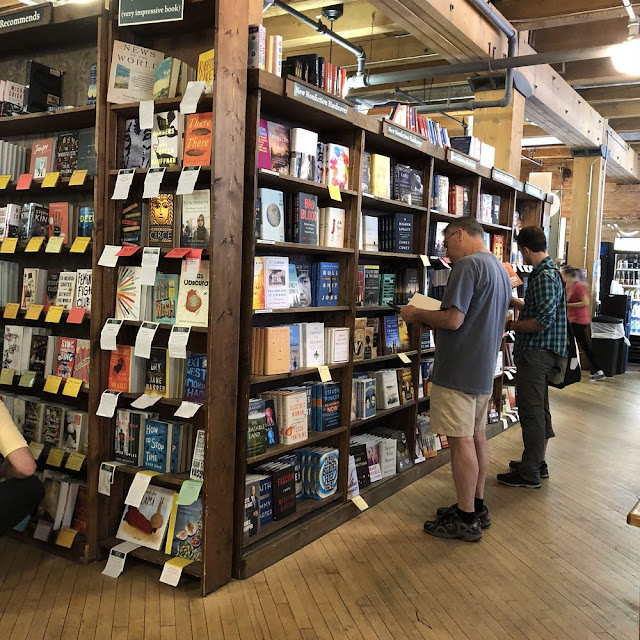 Posted by Bob Maddox at 3:11 PM No comments:


I have been recently reading a number of travel books, and began in 2017 when I realized that John Steinbeck’s Travels with Charley (Viking 1962) had been published 55 years before. I reread Travels and noted, as I had in my two previous readings, that some of the incidents that Steinbeck describes seemed very unlikely. Indeed his oldest son, Thom, had once remarked publicly that his dad was too introverted and not good at interacting with strangers to have had many of encounters reported along the road. He stated that his father probably sat a lot in his pickup camper, which he named Rocinante (after Don Quixote’s horse), doing what he did best - fictionalizing many details of his trip.

Some critics had noted this through the years, and Steinbeck was apparently using some fictionalized  encounters with people along the road to segue into current issues that he wanted to discuss (the Cold War, migrant farm workers, mobile homes, the glut of trash he encountered many places, the arts, the homogenization that was occurring across the land, and segregation and racism). His assessment of how our country was doing was certainly not upbeat. Many feel that this was due to depression and his health. But, two of the most unsettled decades in our history occurred following his trip. 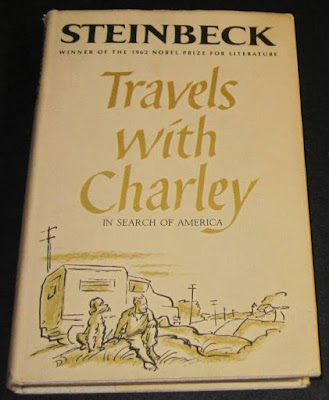 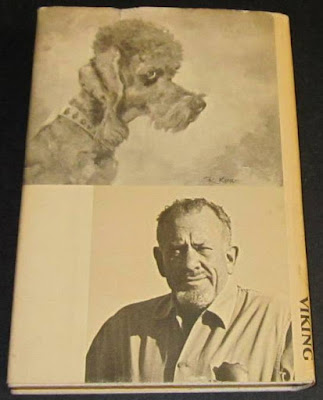 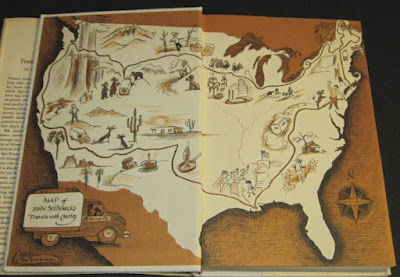 Photos of front and back of book's dust jacket, along with the endpages map of Steinbeck's route around much of the country. 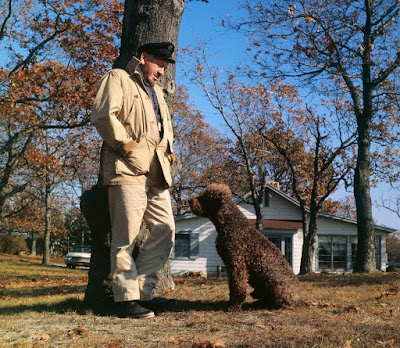 Steinbeck and Charlie at home in Sag Harbor, Long Island New York, before beginning their trip.

Since he apparently didn’t keep a detailed log of his trip, or record tapes recounting his daily progress, nor snap photos along the way, it is very difficult for others to try to reconstruct the details of his trip. It is curious that Steinbeck named his pickup camper Rocinante. In many ways Steinbeck was like Quixote at this point in his life: awkward, past his prime, and engaged in a task that was beyond his capabilities and personality. Regardless, Steinbeck did go off in search of America and his book about the trip has become a true classic of travel writing, even if parts of it were fictionalized. Thom also remarked that his father knew that his health was deteriorating (Steinbeck died in 1968 at the age of 66), and that the real reason for the trip was to see the country again, and to prove to himself that he could still drive around it. 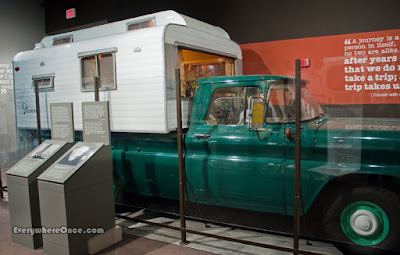 As for book collecting: copies of the first printing of Charlie are sought after and often priced in the range $350.00 to $750.00. The dust jacket was very fragile and was prone to sun toning over the years, especially on the spine. The photograph of book I used above is a later printing – the true 1st state of the jacket does not have the Nobel prize blurb below “Steinbeck.”

Posted by Bob Maddox at 3:40 PM No comments:

Our Latest Ad In Firsts Magazine 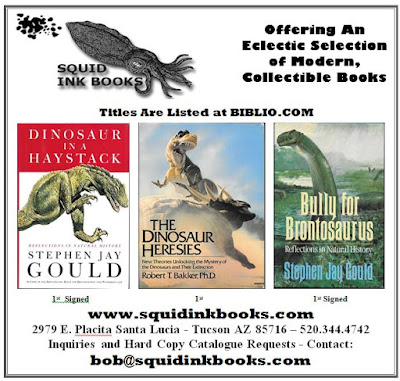 This is our current ad from Firsts Magazine the July/August Issue.

Additional details and more photos can be found

Dinosaur in a Haystack - https://www.biblio.com/search.php?author=&title=haystack&keyisbn=&dist=50&zip=&dealer_ids=520237 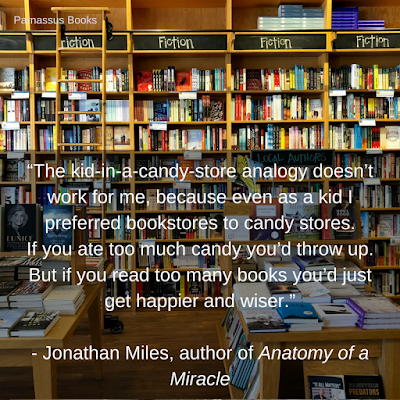 Posted by Bob Maddox at 9:42 AM No comments: 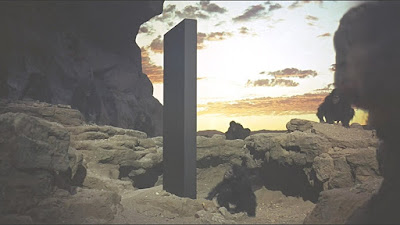 The movie 2001 premiered on this date in 1968, 50 years ago - in New York City. The script was developed in 1965 and the movie came several years later, and then the book was published a couple of months later in June 1968. Shown here are two photos from the famous movie - early man-apes staring at the monolith in Africa millions of years ago (above) and the astronauts (Gary Lockwood left and Keir Dullea right) on the resultant voyage (following discovery of a similar monolith near the permanent moon-base) to Jupiter. In the background is "Hal" with his single eye, watching over them. Of the three stars of the film, "Hal" was perhaps the most memorable. 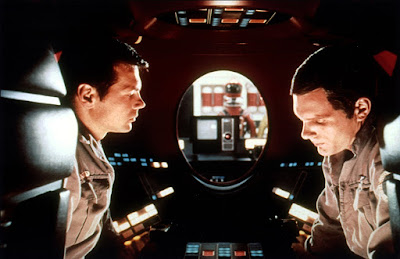 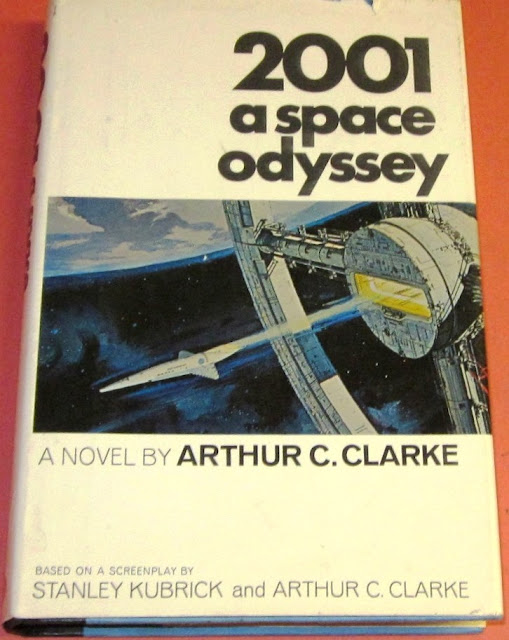 This was one of those rare situations where a script and movie led to publication of a very collectible book - jacket of US first above and of UK first below. It is often said that the movie script had its beginnings in a short story - The Sentinel written by Clarke in 1948; however Clarke has stated:


"I am continually annoyed by careless references to "The Sentinel" as "the story on which 2001 is based"; it bears about as much relation to the movie as an acorn to the resultant full-grown oak. (Considerably less, in fact, because ideas from several other stories were also incorporated.) Even the elements that Stanley Kubrick and I did actually use were considerably modified. Thus the 'glittering, roughly pyramidal structure… set in the rock like a gigantic, many-faceted jewel' became—after several modifications—the famous black monolith. And the locale was moved from the Mare Crisium to the most spectacular of all lunar craters, Tycho—easily visible to the naked eye from Earth at Full Moon."

Although the space program was well underway, the first landing on the moon would not take place until July 20 1969, a bit more than a year after the movie premiered. The predictions of the film would prove to be wildly optimistic - except perhaps with regard to "Hal" and the subsequent explosions in computing systems. The early science fiction writers (during the late 40s into the early 60s) consistently under-forecast the extreme developments in computing power and technology that were to come.

First editions in collectible condition range in price from around $300 to thousands of dollars for special or unusual signed copies. 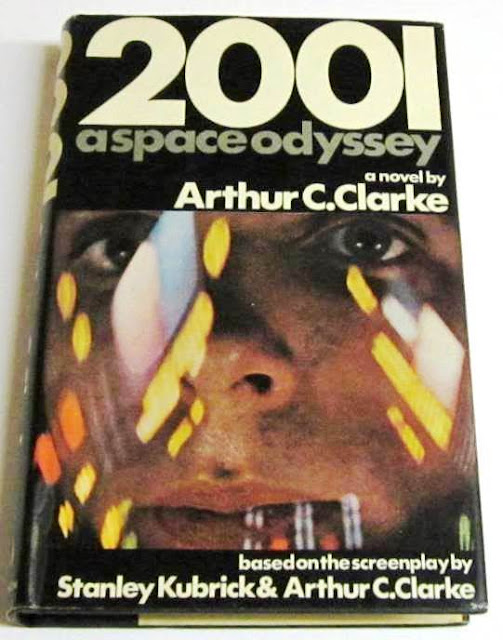 Posted by Bob Maddox at 3:21 PM No comments: